Posted by Lindsay Goodspeed on 23 Sep, 2020 in PCI DSS and Participation and Request for Comments and PCI DSS v4.0 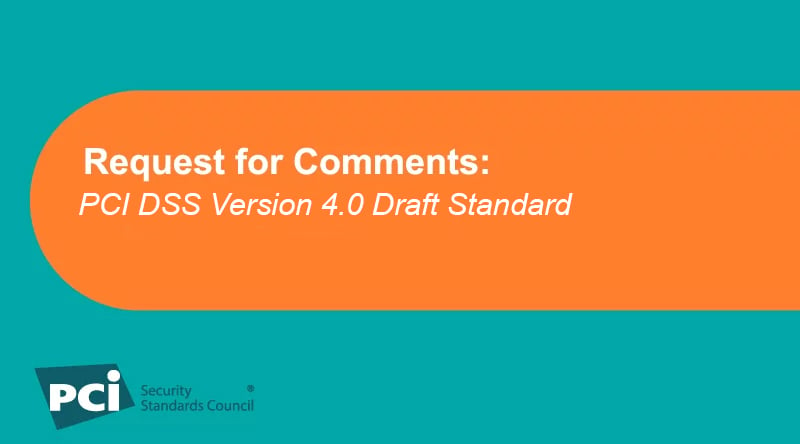 From 23 September to 13 November 2020, PCI SSC stakeholders can participate in a Request for Comments (RFC) on a draft of PCI Data Security Standard Version 4.0 (PCI DSS v4.0 Draft v0.2 for RFC). This is the second RFC for the draft of PCI DSS v4.0. The first RFC was held in late 2019, and feedback received during that RFC has been incorporated into the draft.

Background on PCI DSS v4.0
PCI DSS is being updated to address PCI SSC stakeholder feedback and to support a range of environments, technologies and methodologies for achieving security.

Key priorities for PCI DSS v4.0 include strengthening security and adding flexibility. The updates in the RFC draft of PCI DSS v4.0 were made with these objectives in mind:

PCI SSC stakeholder feedback plays a key role in helping ensure that PCI Standards continue to meet the needs of the global payment card industry. Your feedback, together with the changes in payments, technology, and security, is driving our approach to PCI DSS v4.0.

Also on the blog: What to Know Before Participating in a PCI SSC RFC

RFCs are avenues for PCI SSC stakeholders to provide feedback on existing and new PCI security standards. This feedback plays a critical role in the ongoing maintenance and development of these resources for the payments industry.

The PCI DSS v4.0 RFC is open to PCI SSC Participation Organizations (POs), Qualified Security Assessors (QSAs) and Approved Scanning Vendors (ASVs). Access to the RFC is available to each organizations’ primary contacts via the PCI SSC portal, including instructions on how to access the documents and submit feedback. Participants will also be required to accept a Non-Disclosure Agreement (NDA).

The RFC will include the following documents for comment:

In addition to the materials provided for comment, the following will be included to assist with your reviews: